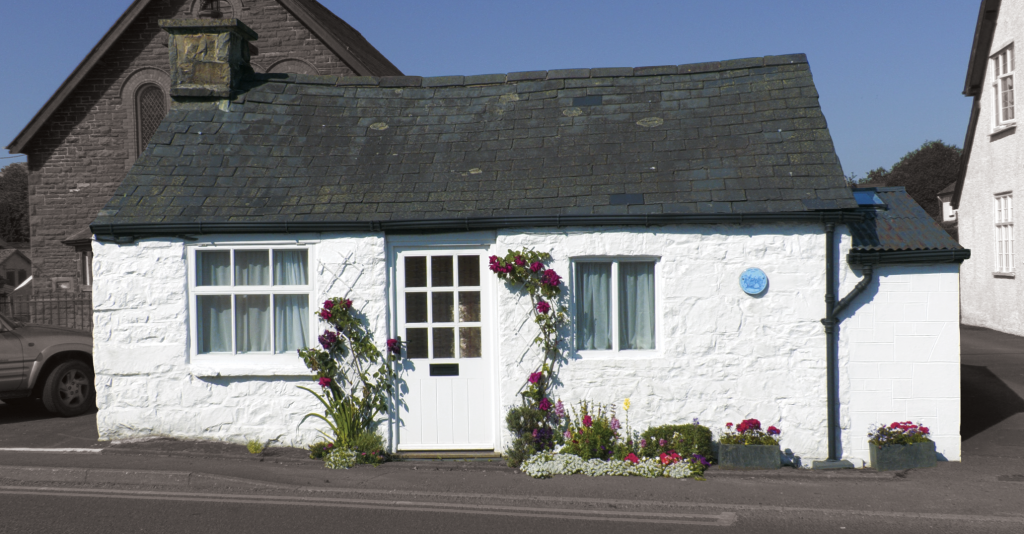 A Passerby would see a pretty cottage.

A Historian would see the site of revolution. Between 1839 and 1843, a series of riots occurred throughout South and West Wales.
These were largely fuelled by the anger of tenant farmers protesting against the payment of fees (tolls) charged to use the roads. These were managed by Turnpike Trusts, originally to collect money for the maintenance of the roads, but developing to a point where many people felt that an exploitative profit was being made. And so Tenant farmers felt the need for violent protest against the Gentry.

They disguised themselves as women, wearing long skirts and headscarves. They referred to themselves as “Rebecca and her daughters” – it is thought that the idea comes from the Bible. In Genesis, Rebecca recommended that some “possess the gates of those which hate them”. 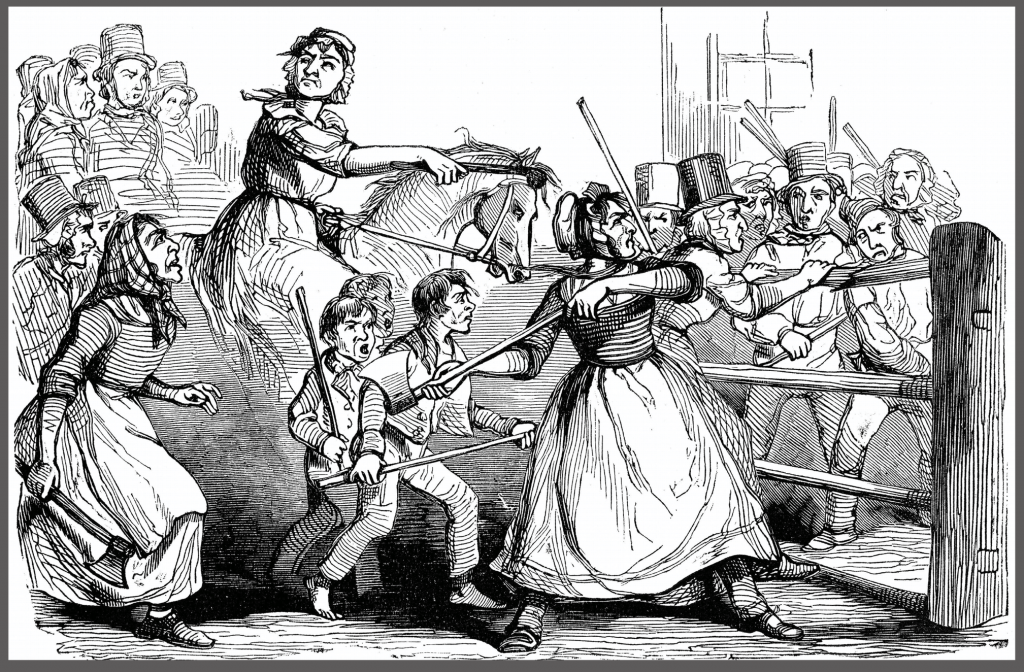 In Rhayader, there were six toll gates; Toll House Cottage on South Street still stands today. Between September and November 1843, all six gates were attacked, frequently in the dead of night, by as many as 100 people, who tore them apart. Local authorities panicked and brought in additional police from London, as well as soldiers; following the attacks, some people were arrested, tried and deported to Australia.

However, the identities of the majority of the protestors were never discovered as many people in the town sympathised with them and refused to betray them to the authorities. Following the riots, an enquiry was held and the grievances of the locals discussed; and the hated Turnpike Trusts were dissolved, making the protests successful.